'Baby AB' Bravis to shout at bat in debut against KKR

Devald Bravis explained why he is called the successor of AB de Villiers in his debut match of IPL.

Ellen, saw and conquered. This is how Dewald Bravis made his IPL debut in Mumbai jersey. Again, against the bowling of the star-studded Knight Riders. He made 29 off 19 balls. However, in his short cameo innings in his IPL debut, he explained why he is the most exciting talent in world cricket. 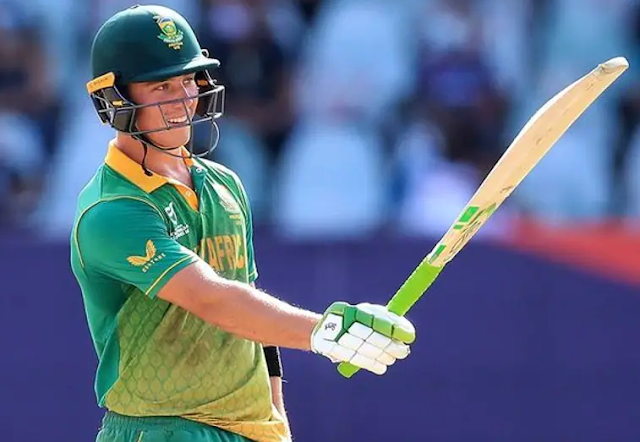 After losing the first two matches of the tournament, in the mega match against Mumbai KKR, the team dropped David and dropped 'Baby AB' Dewald Bravis. Boundary from footwork, over-boundary hitting posture repeatedly reminded one - AB de Villiers himself!

In the beginning, Bravis made MCA Stadium in Pune drunk. A pair of sixes and a pair of boundaries also brought excitement to the cricket field. Varun Chakraborty was stumped out in the eighth over. However, in that over, Varun was the first to be called. Despite being short-lived, the cricket community is fascinated by Bravis' innings.

Dewald Brevis is straightaway making an impact in the IPL. pic.twitter.com/bfwylpsvtp

Dewald Brevis isn't one random hyped youngster, he has got everything to be a future superstar and has already shown glimpse of it today in the biggest cricket league in the world

Well Played Dewald Brevis , you already gave us the shot of the tournament so far pic.twitter.com/1d4UScQTUF

In the Mumbai XI, the pair changed on this day. Suryakumar Yadav also landed in Mumbai's jersey with Bravis on Wednesday. He replaced Anmolpreet Singh as a super hit. Once upon a time, there was an uproar in the Mumbai camp due to the pressure of the night bowlers. Suryakumar Yadav (52 off 36 balls) and Tilak Verma (36 off 26 balls) put Mumbai back on track with a 63-run partnership. In the last over, Kieran Pollard took Mumbai by storm with 5 balls to spare to reach 161. The Caribbean star hit three sixes in Pat Cummins' over.