Fifty Cummins fastest in IPL in batting explosion! Who else is on the best list? - RoktoGhor.Com
Home
Sports

Fifty Cummins fastest in IPL in batting explosion! Who else is on the best list?

Pat Cummins played one of the most devastating innings in the IPL with the bat. The star hit 56 off just 15 balls.

Many have not imagined that he could become so devastating as a batsman. But Wednesday night was all about Pat Cummins. Mumbai's bowling was blown away and he went on the field alone. In the first match of the current season, he could not catch the eye of the ball. He gave away 49 runs in 4 overs. 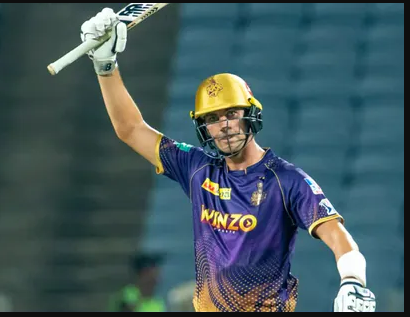 Cummins overcame the bowling failure with interest - in fact, with the fastest half-century in the IPL. In 2016, KL Rahul was the fastest to hit fifty off just 14 balls against the Delhi Capitals. This time Pat Cummins has joined hands with KL Rahul.

Helped to turn the team around from difficult situations. With that, Aussie Superstar himself remained unbeaten with 56 off 15 balls. Most of the runs in the unbeaten 61-run partnership with Venkatesh Iyer (51 off 40 balls) came from his bat.

After the match, Mumbai captain Rohit Sharma praised Cummins' innings. As the match progressed, the pitch became easier for the batsmen. At the beginning the ball was coming to a halt. We didn't get off to such a good start at bat. The batting unit proved their mettle by scoring 80+ runs in the last 4-5 overs. However, we could not bowl as planned. We were ahead in the match till the 15th over. Then Cummins' innings was great. "

Player of the Match is none other than @patcummins30 for his stupendous knock of 56* off just 15 deliveries as @KKRiders win by 5 wickets.

Chasing 161 runs, KKR became 101/5 and at one point got into a lot of trouble. After Andre Russell was out, the star started his devastating innings by hitting the boundary with the first ball of Time Mills down the crease.

Cummins then ensured the Knights' victory by scoring 35 runs in the third over of Daniel Sam's third over. This is the third cost over in the history of IPL. Earlier, Cummins also gave away 25 runs in his fourth over. Cummins bowled out Suryakumar Yadav and Ishan Kisan but returned to the match with great success and put up 181 for Mumbai. KKR is currently at the top of the league list after winning all three of the four matches.

Also brings up the joint fastest half-century in #TATAIPL off 14 deliveries.#KKR win by 5 wickets with 24 balls to spare.

9 Kieran Pollard 50 off 18 balls against CSK